While there is no denying that Istanbul is a stunner when the sun is shinning it can also be a magical place during winter and by that I mean when it’s cold, raining and covered in snow.

While there is no denying that Istanbul is a stunner when the sun is shinning it can also be a magical place during winter and by that I mean when it’s cold, raining and covered in snow. Yes, I’m really not kidding. Imagine all the contrasts you’ll find in a city that is separated into two continents by a natural strait which also connects it to both the Sea of Marmara and the Black Sea. Plus, it won’t be as busy, without hordes of enthusiastic cruisers gathering by the port.

In addition to this, if you go in winter Istanbul could offer you one of the most epic views you will ever see: a frozen Golden Horn, mosques, squares with palm trees covered in snow, a cosy old tavern with traditional Nostalgic music with roaring fires to warm yourself up.

This is truly a place of contrasts where you can clearly see the influence of both the West and the East on the architecture, culture, languages, food among many other things. Not to mention its rich historic value in which the Roman, Byzantine, Latin and Ottoman Empires converged at different points in time, giving you the opportunity to travel through different historic periods in just one place. Here are a 5 ways you can make the most of your time in Istanbul during winter.

This is probably one the biggest advantages of traveling during the cold season. You won’t be feeling claustrophobic when you go inside the Roman Cistern for example, and the fact of actually entering the Hagia Sophia, Topkapi Palace or the Blue Mosque in virtually no more than 10 minutes is definitely a huge deal, also not having to book things in advance is a major plus. 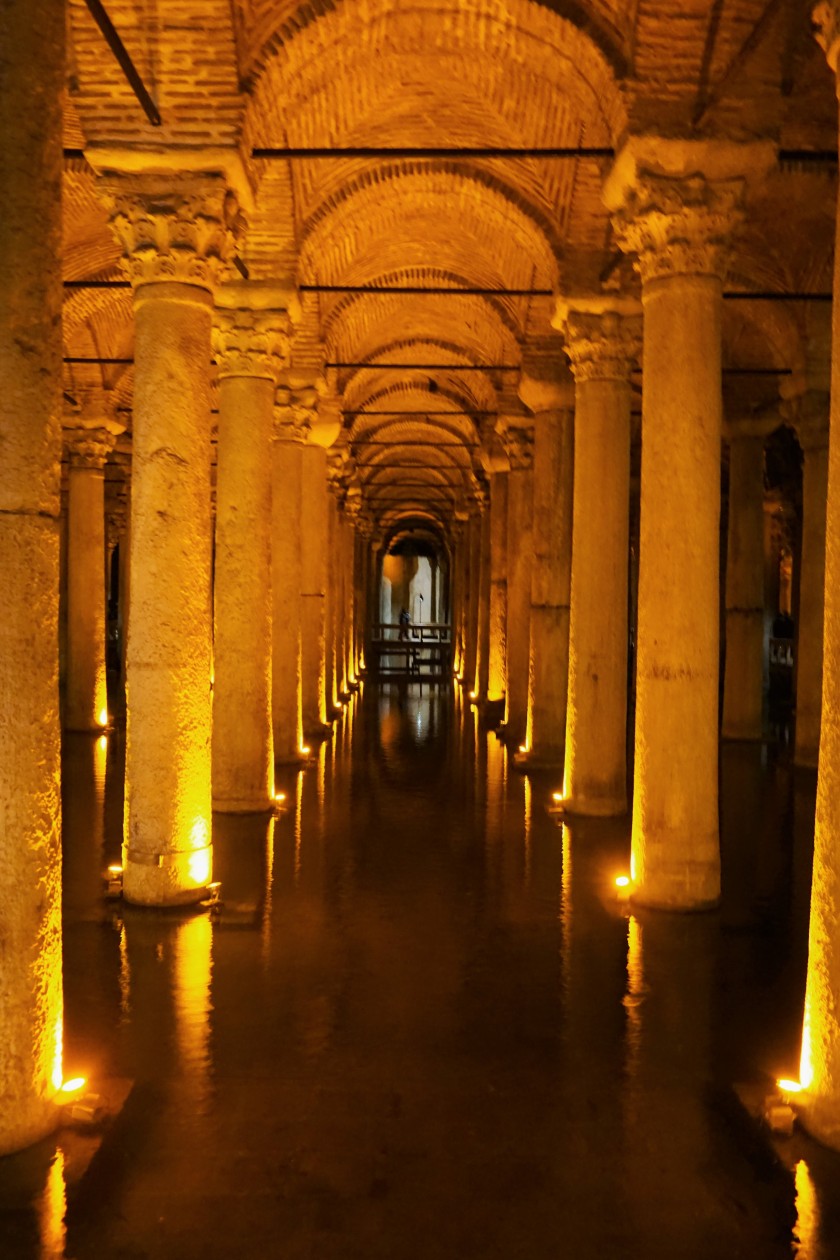 2. Visit a Hammam and experience a real Turkish Bath

There’s nothing nicer than treating yourself to a hot bath, steam and a nice massage. The staff at the Hammam will scrub you until your skin comes off (OK maybe not until that point) and make sure you end up very clean and refreshed. This is particularly enjoyable when is freezing outside. Trust me you might not want to do this in the summer when is so humid and hot. I can recommend Kilic Ali Pasa Hammami it is super clean, a little luxurious but not too expensive and they offer you a delish typical tea. Definitely check what days are available for either men or women. Very few Hammams offer mixed gender services. 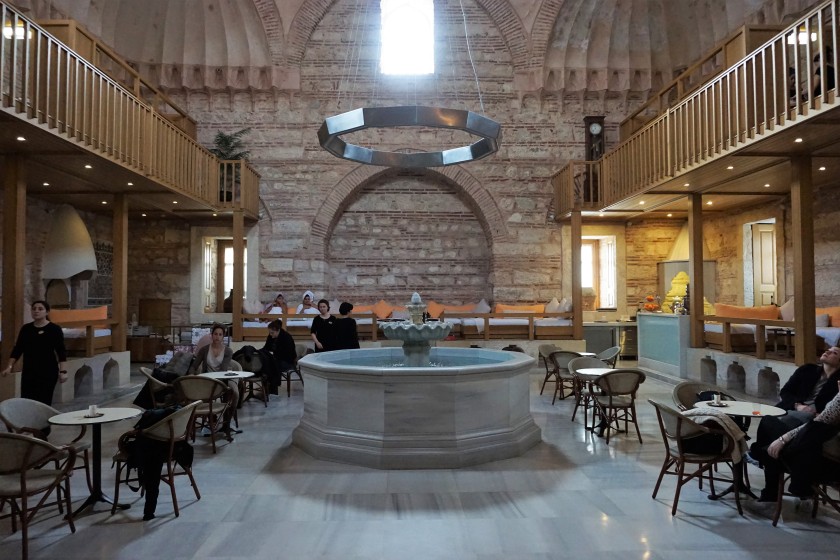 Warm yourself up with this local drink which you can find at any square or cafe during the winter. It’s very similar to eggnog but they add a thickening agent called << salep >> made from mountain orchids. It’s quite nice.

4. Enjoy the views from Galata Tower

When you are at the top of the tower you will get an incredible 360 degree view of the city. There’s even a restaurant inside if you are feeling hungry or simply want to stop for a drink.

If you happen to be in Istanbul during New Year celebrations – otherwise known as Yılbaşı, and you are not too crazy about partying hard but instead are looking to enjoy like the locals do, I suggest you go to a typical tavern with musicians playing live traditional Turkish Nostalgic music. It’s quite an experience. Be prepared to do some belly dancing and lots of clapping though. I went to a tavern in the Pera area.

Top tip: just bear in mind Istanbul pulls out all the stops when it comes to January 1st.