Where else are you going to swim next to marine iguanas and sea lions or see penguins catching fish next to you?

When I landed in Galápagos it felt as if I wasn’t supposed to be there. I remember reading so much about it and watching dozens of documentaries to kickstart my dreamed wildlife observation journey, but nothing could have prepared me for what lied ahead. It was all too surreal. Sea lions hanging out at the entrance of my hostel as if they were street dogs, and birds that weren’t scared of humans! (Later I discovered the birds’ behaviour was down to a lack of predators). It was such a humbling experience and at that point, I could really understand why Darwin and even Attenborough were so fascinated with the archipelago.

I visited the archipelago for 7 days with a yacht cruise called ‘The Montserrat’ which had comfy rooms, good food, helpful crew, and most importantly a very knowledgeable and friendly tour guide. Below is the itinerary with all the islands I visited, the must-see places and best spots for wildlife observation and diving.

My trip started on San Cristóbal island where I had the chance to go for a quick explore around Puerto Baquerizo Moreno and Punta Carola beach before jumping on my boat. Once on board, we arrived at Isla Lobos which is home to a big colony of sea lions.

The island is named after them in Spanish, lobo marino. There is a protected channel where you can go snorkelling with them as shown above. This area is also an ideal place to watch nesting frigates and blue-footed boobies.

Other interesting places nearby are ‘mirador Cerro Tijeretas’ (viewpoint) and Cerro Brujo  (shown above) which is located on the northern coast of San Cristóbal Island. It is a great place to watch marine iguanas swim (while they snort salt from their nostrils), or visit a tortoise breeding area in the highlands with lots of endemic flora.

One of the oldest islands in the whole archipelago at around 4 million years old, La Española is actually dying and with time it will become a barren land with no vegetation. Having said that, this is great spot to see waved albatrosses, and if you are extremely lucky like I was, the blue-footed boobies mating dances.

I also explored a lovely sandy beach in Bahía Gardner and wrapped my day up watching the bird colonies at Punta Suárez.

Highlight: There’s an epic blowhole in Punta Suarez that you can’t miss!

I had the opportunity to dive at a fascinating site called the “Devil’s Crown”, it’s an underwater volcanic cone with schools of fish, sea turtles, sharks and sea lions, and many epic coral formations. 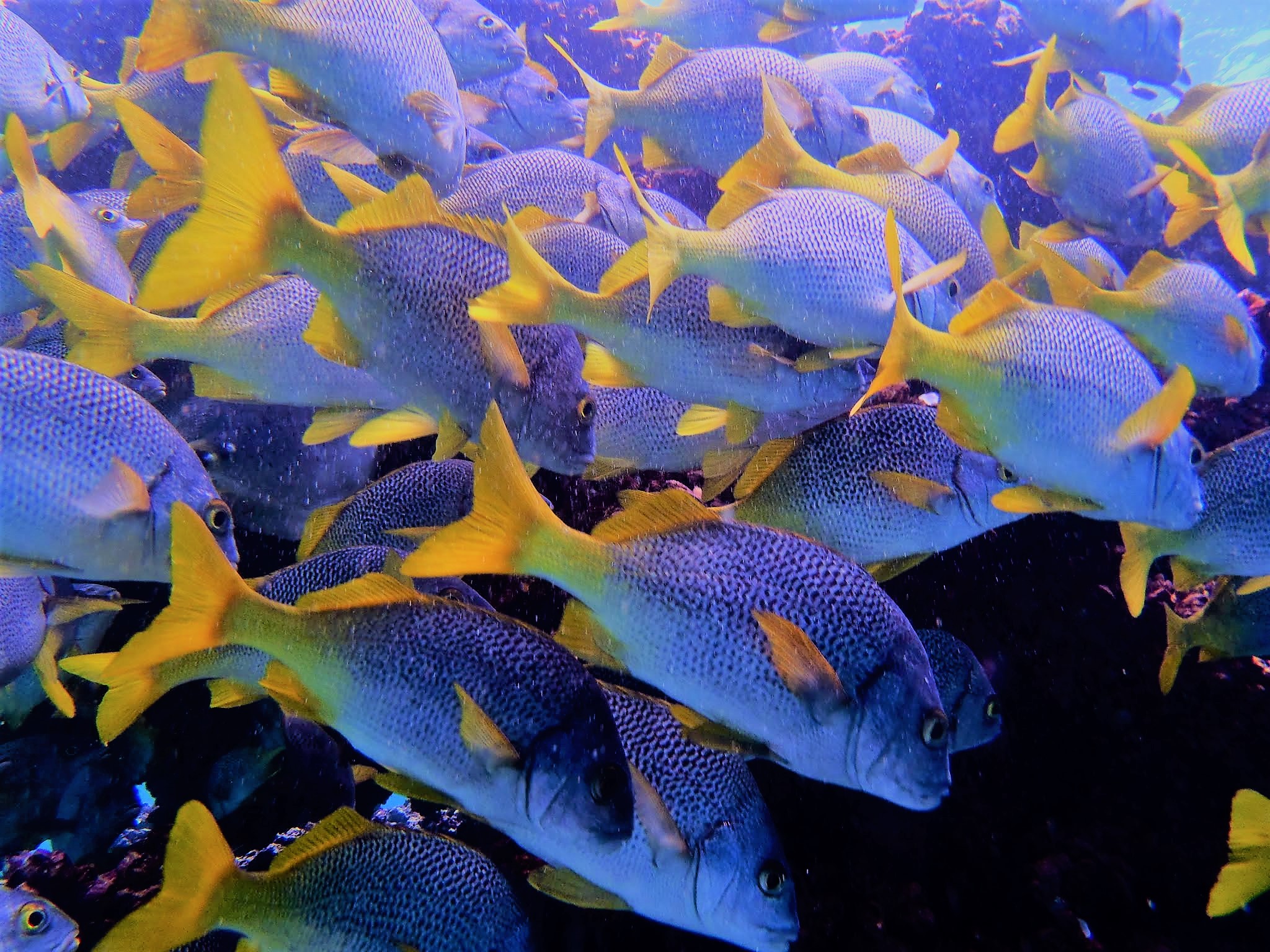 Punta Cormorant is also a must, only a short walk past a lagoon to see flamingos, rays, sea turtles and lots of Sally Lightfoot crabs.

Here’s where you visit the Charles Darwin Research Station to see the incredible giant Galápagos tortoises roaming freely. Puerto Ayora hosts the largest human population in the entire archipelago and it is a great place for chilling at a beach bar.

Tortuga Bay is a beautiful and very long sandy beach where you can not only swim but also spot white tip reef sharks close by a natural mangrove that’s only a short walk from the beach.

Playa El Garrapatero is a nice beach to spend some time at after a long day exploring. But possibly the highlight for me on this island was hiking up to the Los Gemelos (The Twins) craters to see some very old rock formations. Also places like ‘Galapaguera de Cerro Colorado’, Galápagos Beach at Tortuga Bay, and ‘Reserva de Tortugas El Chato’ are great to learn more about the giant tortoises.

Fun fact: the Spanish named the archipelago after the giant tortoises that once roamed the islands. As in Spanish “galápago” translates to giant tortoise.

How to get there?

There are two ways to get to the Galápagos archipelago, either flying to Baltra or to the San Cristóbal Airport from Quito (via Guayaquil) which is the option I went for. There are three airlines flying daily to the archipelago: Tame, Avianca, and Lan.

The official currency in Ecuador is the US Dollar. Generally speaking, it is very cheap to travel around Ecuador. However, prices on the Galápagos are much higher than on mainland. Also, make sure to take cash out before arriving in the Archipelago as sometimes cash machines on the main island aren’t reliable.

Top place for diving and seeing sharks and rays

I was on a mission to find all the marine fauna I could possibly see around the islands, and most of the time I was very lucky. And Kicker-Rock or León Dormido  (in Spanish) is where I enjoyed diving the most, I got to to see some reef sharks, hammerheads and stingrays and mantas.

Galapagos is one of the most extensive marine wildlife diversity preserves in the world. But diving here isn’t always pleasant like in South East Asia, because the water is SERIOUSLY cold, so make sure you pack a very thick winter diving suit.

Last but definitely not least, its really important to limit your interactions with the wildlife. While you should enjoy your wildlife observation trip, you should know that increased tourism to the national park have a negative impact on this fragile ecosystem. Human presence affects their natural behaviours! So, let’s all try to keep it as pure and wild as possible.

Let me know in the comments below what you thought of this post and what are you most excited to see when you go to Galapagos!

The coastal towns of La Guaira, Venezuela where I used to go when I was a child. Always warm, almost calm all year round.
✨Pura Tanah Lot ✨ one of my favourite temples in Bali. Its name in the Balinese language means “Land in the Sea”. The beautiful temple is situated on this rock formation above the water. .
✨Lion Fish in Koh Tao✨I went diving to Koh Tao one of the islands located in the Gulf of Thailand. I found abundant marine life, great diving conditions and amazing dives sites. link in bio for full story and more pictures ☝🏼
💫Altafulla Beach💫 is located in the Costa Daurada about an hour south of Barcelona, Catalonia. During the summer months attracts thousands of tourists, locals and foreigners alike bathe in these warm waters. .
🌺Dolphin watching in Maui🌺 #Maaleaharbour .
✨Besalú ✨one of my favourite medieval towns in Catalonia, Spain. Not many people know about it and it’s mostly locals who visit on the weekends. Deep in the mountains with charming cobblestone streets and alleys still retains its medieval essence. What you see here is the very entrance bridge to the fortified town that was once very prosperous during the Middle Ages. . . . 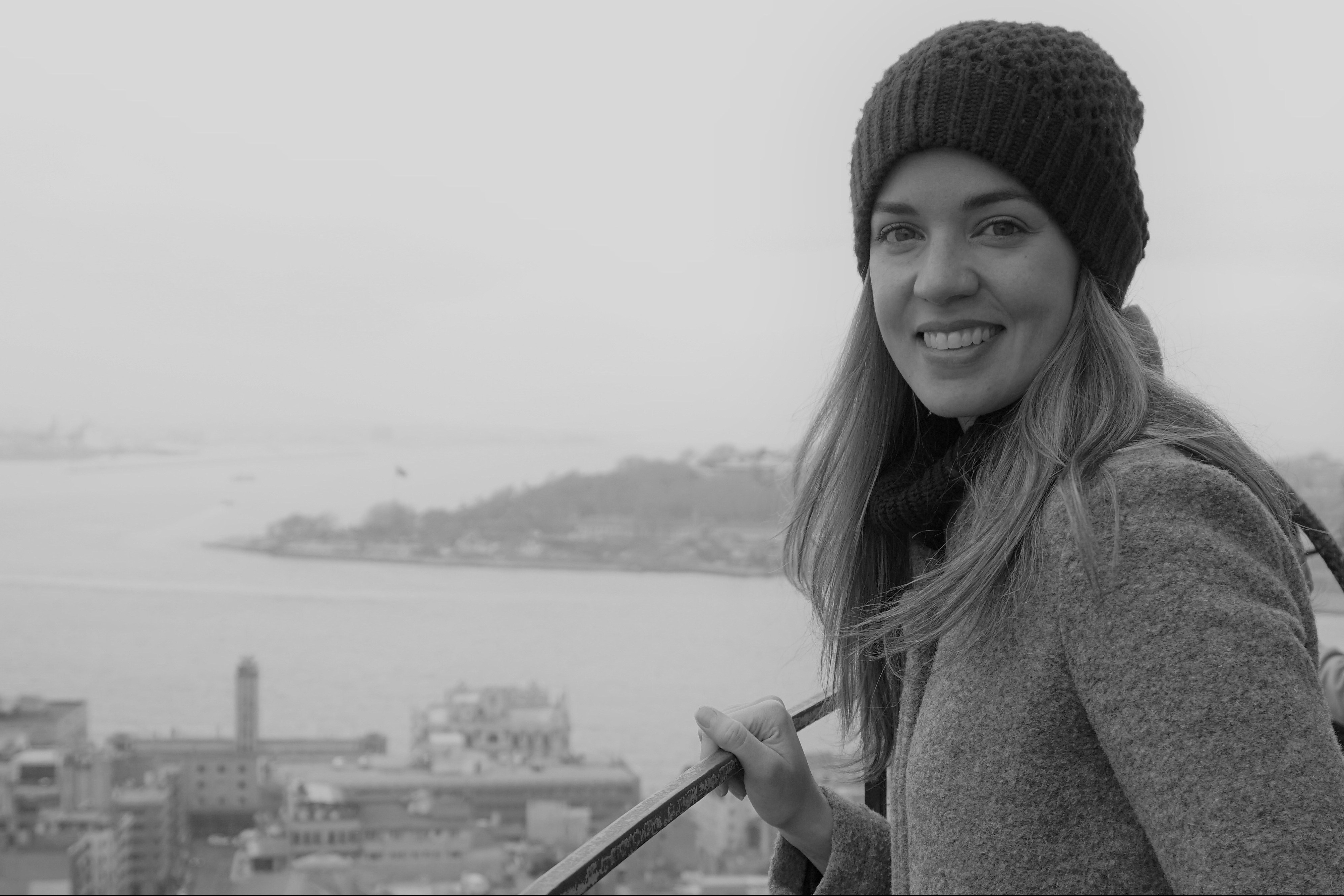