While its coastal towns are soaring in popularity most of Croatia’s natural heritage is surprisingly less known. From majestic mountains, river canyons and caves to charming lakes and waterfalls. This guide is packed with inspiration for your next retreat in nature. 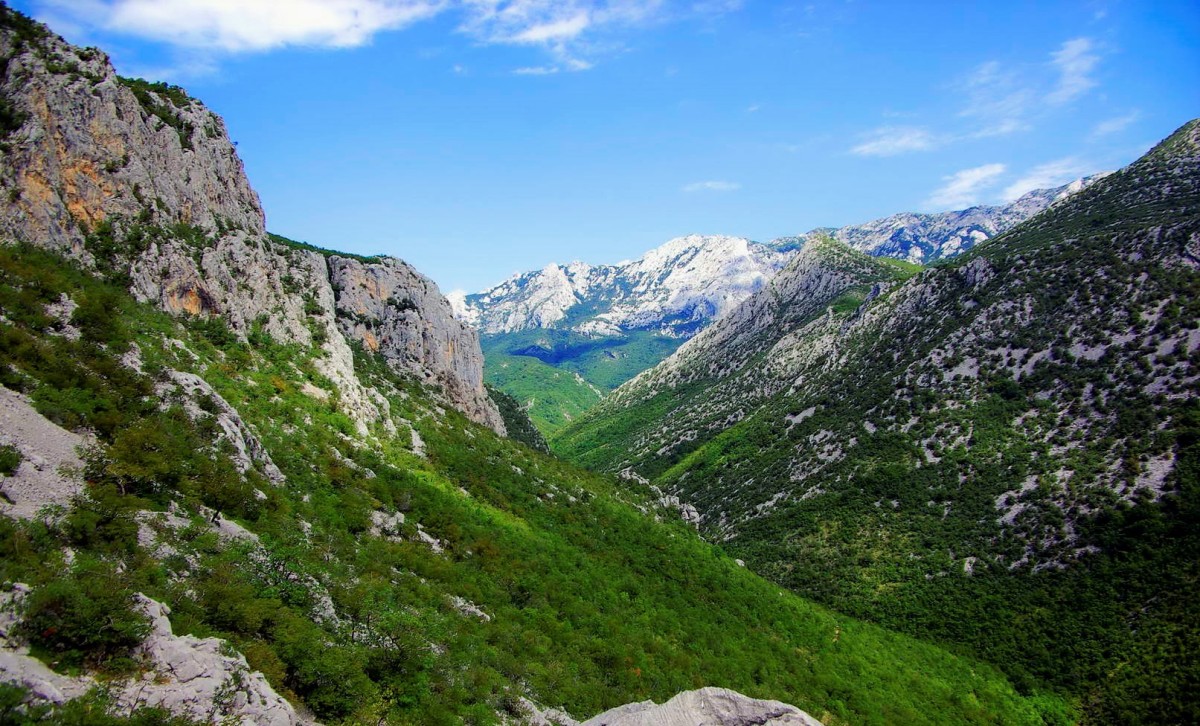 Croatia is so naturally beautiful that it is almost unfair when compared to another European country. Surely, I’m leaving aside all the impressive man-made constructions and a whole lot of historical places (worth visiting) out of the package but it is done kind of on purpose. The focus here are the natural wonders of the country which are surprisingly less known.

Something that struck me during my Croatian quest for nature is that you don’t need to search too much to find it. If you shift your gaze from the ground chances are you will spot a majestic mountain, go further inland and you are greeted by river canyons, caves, picturesque lakes and a gazillion waterfalls, and as if that’s not enough, you still got incredible coastal towns with waters that invite you to swim under the Adriatic sun.

I could go on… but in all honesty if you are interested in not-so touristy places (except for Plitvice which is a well known UNESCO World Heritage site) where you can disconnect, breathe-in the fresh air, capture picture-perfect landscapes combined with a few cultural options then you seriously need to consider what Croatia’s natural heritage has to offer. Whether you are up for an active holiday doing some outdoor sports, like hiking, kayaking, climbing and such or a more chilled one, I’ve got you covered with some of the best, unspoiled and less visited Croatian natural wonders that without a doubt will give you a few ideas for your next retreat. 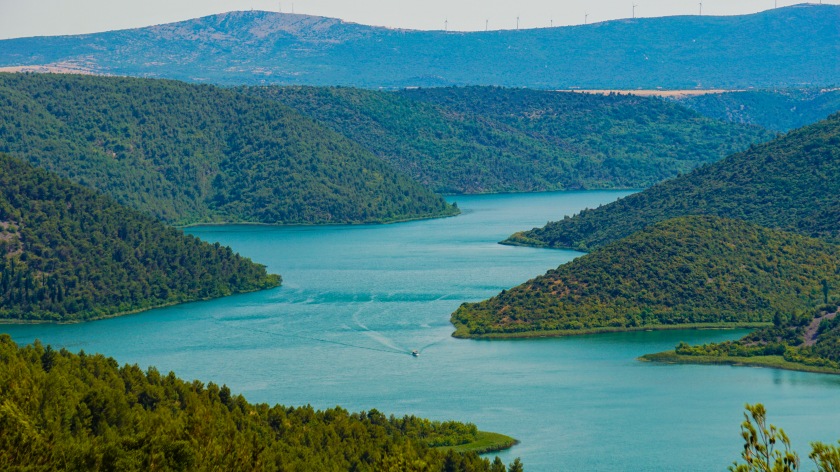 A true natural paradise that makes your jaw drop with its vistas over the mountains along the Krka River. The many waterfalls and pedestrian-only zones such as the Orthodox Monastery, Skradinski buk and Visovac island are a definite must.

Krka is a great spot for nature lovers and anyone looking for a good hike as there are well defined trails for this purpose, or simply for enjoying wonderful views and the cultural heritage of Croatia. It is also important to mention that Krka is one of the few national parks where you can actually swim close to the waterfalls. There’s also bicycle trails and boat excursions to some interesting sites within the park, such as the Franciscan Monastery and Roski Slap waterfall. 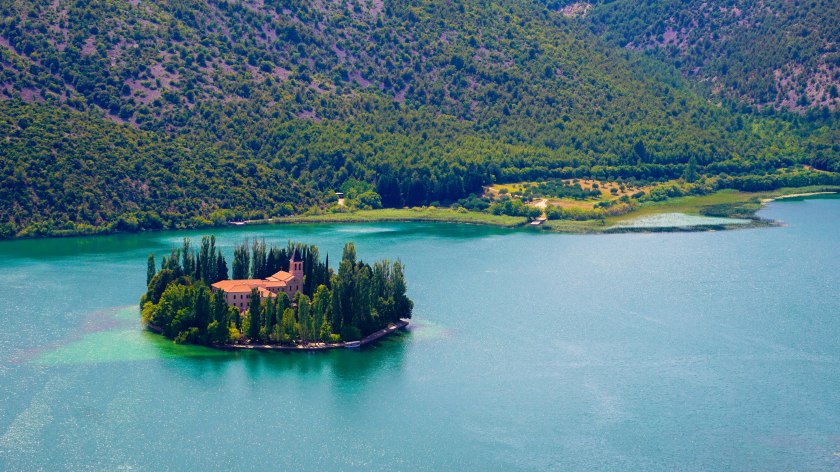 Location and access: Krka is located in the central part of the eastern Adriatic coast. The nearest railway station to the park is Sibenik station. However, the best way to access it is by car (A1 Motorway), as you are more in control of the time you dedicate to each area and also because it is quite extensive.

Opening Hours: is open all year round. From April to October all entrances are open 8:00 am to 8:00 pm. For more info click here

Or Brioni in Italian is a beautiful archipelago consisting of two main islands and 12 islets off the coast of the Istrian Peninsula. While most people head south to the popular Dalmatian coast this archipelago is somewhat less known and remains very protected. So much so, that you can only access it by visiting the largest island Veliki Brijuni and from there you can organise other boat excursions to the rest of the islets.

These islands became President Tito’s summer residence from 1945 when they officially became part of Yugoslavia. But above their interesting history you can expect clear blue waters, calm atmosphere with very few tourists, great snorkeling, a zoo, a charming little train that will take you along the shore, among other things on the largest island Veliki Brijuni.

Location and access:  The closest cities from which you can get to the Brijuni islands are Pula and Rovinj. There are daily boat trips departing from a town called Fazana which is only about 8 km from Pula that will take to the main island. For more info Brijuni click here

It’s the absolute heaven for climbers and people who enjoy trekking and mountaineering. The wonderful vistas over the canyons, its flora and vegetation make it a top spot for anyone looking for an adventure, a passion for outdoor sports but it is fair to say that the only way to really see its beauty is by being active in the mountains, so if you don’t feel like working out this natural wonder might not be for you.

An interesting fact I learnt while I was there is that the name Paklenica is believed to derive from black pine sap named paklina used by the locals for its medicinal properties.

The park has many hiking and mountaineering trails and routes with different levels of difficulty for everyone, so don’t worry if you are not a pro. There’s also amenities and view points for taking great shots.

Location and access: the park is located in northern Dalmatia not far from Zadar. The quickest way to get here is by car taking the motorway A1. There’s also good connections by bus from Zadar to Paklenica, it will take about 45 minutes to get there. For info about opening times click here

The Croatian wonderland of water. With its interlinked pools, waterfalls and forests it is by far the country’s first national park and one of Europe’s premier natural wonders. Plitvice Lakes extend over 5 miles creating a pool in one and from there flowing into small streams, springs and waterfalls. It has many wooden footpaths that allow visitors to explore the lakes without disturbing the fragile environment. Veliki slap (big waterfall) is the biggest fall dropping 78 meters into a canyon.

Plitvice lakes are perfect to visit all year round and in the summer they offer a great escape from the heat while in winter time you can see natural stalactites formations from frozen water in the lakes. Just bear in mind that swimming is not allowed here due to its UNESCO Heritage Listing but that doesn’t mean you cannot enjoy the visit.

Location and access: located in central Croatia about an hour away from Zadar. Easily accessed by car or bus from either Zadar or Zagreb. Park is open all year round from 7:00 am to 8:00 pm for more info check here 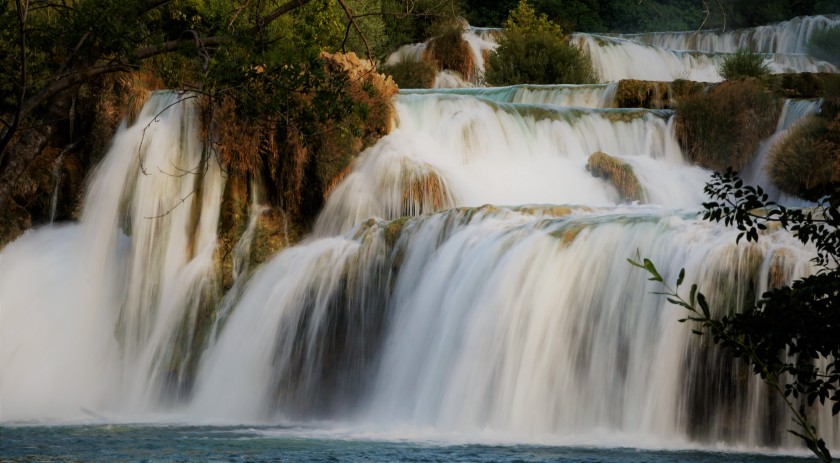 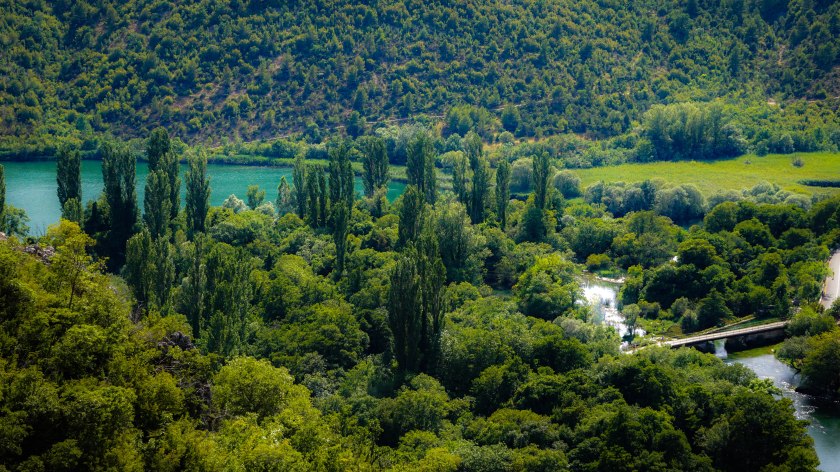